If your career is associated with a variable income, read on for budgeting tips.

If you have an irregular income, you know how great the good times feel—and how difficult the lean times can be. While you can’t always control when you get paid or the size of each paycheck if you’re a freelancer, contractor or work in the gig economy, you can take control of your money by creating a budget that will help you manage these financial extremes.

Antowoine Winters, a financial planner and principal at Next Steps Financial Planning, LLC, says creating a budget with a variable income can require big-picture thinking. You may need to spend time testing out different methods when you first start budgeting, but, “if done correctly, it can really empower you to control your life,” Winters says.

How do you budget on an irregular income? Consider these four strategies to help you budget with a variable income and gain financial confidence:

1. Determine your average income and expenses

If you want to start budgeting on a fluctuating income, you need to know how much money you have coming in and how much you’re spending.

When budgeting on a fluctuating income, it helps to determine your average monthly income and expenses.

Of course, that’s the basis for any budget. But it can be particularly important if you’re trying to budget on an irregular income because you may have especially high- or low-income periods. You want to start tracking as soon as possible to build up accurate data on your average income and expenses.

Many financial apps and websites can help with the tracking, including ones that can connect to your online bank and credit card accounts and automatically pull in your transactions. You may even be able to pull in previous months’ or years’ worth of data, which you can use to calculate your averages.

If you’re budgeting on a fluctuating income and apps aren’t your thing, you can use a spreadsheet or even a pen and notebook to track your cash flow. However, without automated tracking, it can be difficult to consistently keep your information up to date.

“There are several strategies you can use to budget with an irregular income, but one of the easiest ones is the zero-sum budget,” says Holly Johnson. As a full-time freelance writer, she’s been budgeting with a variable income for over seven years and is the coauthor of the book Zero Down Your Debt.

With a zero-sum budget, your income and expenses should even out so there’s nothing left over at the end of the month. The trick is to treat your savings goals as expenses. For example, your “expenses” may include saving for an emergency, vacation or homeownership.

“There are several strategies you can use to budget with an irregular income, but one of the easiest ones is the zero-sum budget.”

– Holly Johnson, coauthor of Zero Down Your Debt

Johnson says if you’re budgeting on a fluctuating income, you can adopt the zero-sum budget by creating a “salary” for yourself. Consider your average monthly expenses (shameless plug for tip 1) and use that number as your baseline.

For example, if your monthly household bills, groceries, business expenses, savings goals and other necessities add up to $4,000, that’s your salary for the month. During months when you make over $4,000, put the extra money into a separate savings account. During months when you make less than $4,000, draw from that account to bring your salary up to $4,000.

“We call this fund the ‘boom and bust’ fund,” Johnson says. “By building up an adequate amount of savings, you will create a situation where you can pay yourself the salary you need each month.”

3. Separate your saving and spending money

Physically separating your savings from your everyday spending money may be especially important when you’re creating a budget on an irregular income. You may be tempted to pull funds from your savings goals during low-income months, and stashing your savings in a separate, high-yield savings account can force you to pause and think twice before dipping in.

An easy way to put this tip into action when creating a budget with a variable income is to have all of your income deposited into one account, then disburse it into separate savings and spending accounts. “Transfer a set amount on the first of every month to a bill-paying account and a set amount to a spending account,” Winters, the financial planner, says.

“The bill pay account is used to pay for all of the regular expenses, like rent, insurance, car payments, student loans, etc.,” Winters says. These bills generally stay the same each month. The spending account can be used for your variable expenses, such as groceries and gas.

If you’re budgeting on a fluctuating income as a contract worker or freelancer, you may also want to set money aside for taxes because the income and payroll taxes you’ll owe aren’t automatically taken out of your paychecks.

4. Build up your emergency fund

“The best way to weather low-income periods is to prepare with an adequate emergency fund,” freelancer Johnson says. An emergency fund is money you set aside for necessary expenses during an emergency, such as a medical issue or broken-down vehicle.

Generally, you’ll want to save up enough money to cover three to six months of your regular expenses. Once you build your fund, you can put extra savings toward other financial goals.

When you’re budgeting on a fluctuating income, having the emergency fund can help you feel more at ease knowing that you’ll be able to pay your necessary bills if the unexpected happens or when you’re stuck in a low-income period for longer than anticipated.

When creating a budget with variable income, don’t forget to account for your emergency fund.

A budget can make living with a variable income easier

It can be challenging to budget on an irregular income, especially when you’re first starting. You might have to cut back on expenses for several months to start building up your savings and try multiple budgeting methods before finding the one that works best for you.

“Budgeting requires a mindset change regardless of which type of budget you try,” Johnson explains.

“The best way to weather low-income periods is to prepare with an adequate emergency fund.”

– Holly Johnson, who works as a full-time freelancer

However, once in place, a budget on an irregular income can also help free you from worrying about the boom-and-bust cycle that many variable-income workers deal with throughout the year.

The goal is to get to the point where you can budget with a variable income and don’t have to worry about when you’ll get paid next because you set your budget based on your averages, planned ahead during the high times and have savings ready for your low times. 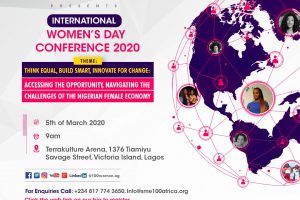 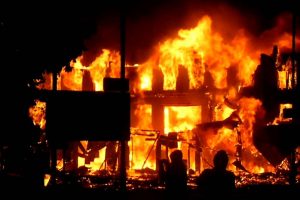 MARKET FIRES: HOW TO COVER YOUR BUSINESS

7 Ways to Take Your Small Business to the Next Level
Starting A Business During or After College? Advice for Entrepreneurial Grads
Comment