The growing adoption and investment in financial technology has earned 11 deposit money banks about N124.5bn revenue from electronic transactions in 2018.

Nigerian banks have continued to introduce digital products into the financial sector and their operations, organising hackathons in order to develop tech solution to address problems in the industry, sponsoring innovation competitions and introducing chatbot and Whatsapp banking to improve user experience.

All these are believed to have contributed to the growth experienced in the revenue from electronic transactions by the banks.

Analysis of the audited 2018 annual reports of 11 banks showed their revenue from electronic transactions grew by 43 per cent year-on-year from the N86.72bn earned by the financial institutions in 2017.

The revenue was generated from the fees and commission that the banks charged their customers when they carried out transactions through Automated Teller Machines, USSD, Internet banking, Point of Sale payments and agency banking.

Fees and commissions on digital payments earned by Jaiz Bank amounted to N323m as against the N303m it earned in 2017, recording six per cent year-on-year growth.
The Central Bank of Nigeria’s guidelines on bank charges, which took effect on May 1, 2017, stipulated that withdrawal from other banks’ ATMs within the country would attract N65 charge after the third withdrawal within the same month.

According to the guidelines, bills payment on electronic channels of the banks also attracts N50 for transactions below and above N10bn, while real-time gross settlement attracts N550 per transaction.

The apex bank stated that alerts on transactions should not be more than N4 per SMS, while bulk payments such as salaries and dividends attract a maximum of N50 per beneficiary, which is paid by the sender.

The electronic payments have become a huge revenue earner for Nigerian banks as can be seen in the growing volume and value of electronic payments logged by the Nigerian Inter-Bank Settlement Scheme. In 2018, electronic instant payments grossed N80.4tn on NIBSS platform, growing by 43 per cent year-on-year from N56.17tn in 2017.

The Managing Director, Upperlink Limited, Mr Segun Akano, said investment in technology for financial transaction was more profitable for Nigerian banks when compared with funds required to establish bank branches for customer’s transaction in the banking hall.
According to him, the customers also have a preference for transactions at their convenience, especially on mobile devices.
“Walk-in bank branch payments are reducing and it is an indication that consumers have accepted other channels of payments more, probably because of convenience and availability. Many people have embraced their phones because the banks have improved in terms of expanding their reach through these devices and it is more profitable for them too, obviously a win-win situation,” Akano also stated.
He added, “Imagine a bank branch that has to deal with 2,000 customers a day, the services they need to provide a comfort level are quite enormous. The security arrangement, fear of misbehaviour, noises in banking halls, car park hassles, etc, then compare with where you don’t have to have physical contacts with these customers and yet your transactions are going via devices like mobile phones, laptops, ATM and PoS terminals.

“Certainly, transactions have not reduced; it is only the channels that keep experiencing different levels of traffic. While some are increasing, some are reducing but the traditional walk-in bank branch will continue to be a victim.”

“Today, we only have about 38 million Nigerians who have access to financial services; a fraction of them have accounts in different banks but that is not ultimately where we need to get to. Our work is clearly cut out for us. Until when we are able to make financial services available in the urban and rural areas and bring everyone into the financial sector, that is when we can say we have achieved.” 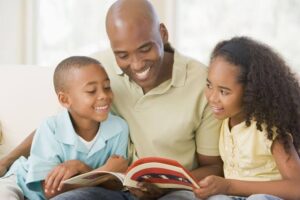