The Federal Government had in December last year filed a $1.1bn lawsuit against Shell and Eni in a commercial court in London in relation to a 2011 oilfield deal in Nigeria.

Royal Dutch Shell Plc and Eni SpA face additional corruption allegations over a Nigerian oil deal, after the Federal Government said in a London lawsuit that it believed a handful of executives, including Chief Executive Officers, were tied to more than $1bn in bribery payments.

In court documents filed in early April, the Nigerian government said the oil companies’ senior managers agreed in 2011 to make a large payment for an offshore oil block, Oil Prospecting Licence 245, understanding the money would trickle down to government officials and senior executives from both companies, Bloomberg reported on Tuesday.

The filing singles out individuals who haven’t previously been caught up in the scandal, including a former Shell CEO, Peter Voser, and Maarten Wetselaar, the current head of its large natural gas business.

The allegations are the latest bombshells in a year-old dispute over exploration rights to OPL 245 that has spread to courtrooms throughout Europe. In addition to Shell and its partner, Eni, Nigeria separately sued JPMorgan Chase & Co. for transferring payments for the deal, while both oil companies and some executives face a criminal trial in Milan.

A Shell spokeswoman said the transaction was “fully legal” and if improper payments were made, they were done without the knowledge of the company.

An Eni spokeswoman said the London case is a “mere duplication” of a case related to the Milan trial. Voser is currently interim CEO at ABB Ltd; which directed questions on OPL 245 to Shell.
The Nigerian government is seeking more than $1bn in damages as well as the right to revoke Shell and Eni’s license to OPL 245, which may have billions of barrels of oil.

OPL 245 was created in 1998, when the then Petroleum Minister, Dan Etete, carved out the offshore licence and awarded it to his own company, the Malabu Oil and Gas Ltd.

Through successive regimes, it was taken from him, awarded to Shell, and then given back, locking the companies and the government in legal disputes.

To win control of OPL 245, Shell and Eni paid the Nigerian government $1.1bn.
The companies agree the payment was made, but disagree about whether those funds then went to bribes.

According to accusations laid out by the government in the lawsuit, the plan from the start was that former Nigerian government officials, including President Goodluck Jonathan, and Shell and Eni executives would receive personal payouts.

Some of the allegations in the lawsuit, however, have been fiercely contested in the Milan criminal case. The Nigerian complaint recounts allegations that Roberto Casula, a senior Eni executive, got $50m in cash delivered to his home. But lawyers for Casula, Guido Alleva, and Giuseppe Fornari, say that prosecutors in Milan weren’t able to back up the story.

They said the one witness called to testify about the issue wasn’t able to confirm the allegations.

In another payment recounted in the lawsuit, Peter Robinson, then Shell’s regional vice president, ended up with “several hundred million Swiss franc” Nigeria believes was related to the OPL 245 deal that he may have intended to distribute to others.

Etete kept as much as $400m for himself, which was “used on lavish personal expenditure for Etete and his family,” according to the Nigerian government’s court document. Some of that money was also allegedly used to pay a fine for money laundering Etete incurred during the period he was negotiating over OPL 245.

After the payment in 2011, Shell and Eni were awarded the licence, but the deal quickly fell apart. JPMorgan told Shell that one bank had rejected its attempt to transfer the initial $1.1bn payment, according to the lawsuit. That bank had concerns the money was earmarked for Etete, according to the filing.

JPMorgan previously said in a separate filing that the bank returned the funds “for compliance reasons.”

The lawsuit recounts how a former UK lawyer, who was paid $2m, walked into a London police station in January 2014 with a suitcase of cash, and explained he’d received it as part of an “arrangement” with Etete.

The Nigerian government said none of the transactions could have happened without the support or willful “blind eye” of Shell CEO, Peter Voser; former CFO, Simon Henry; and current head of integrated gas, Wetselaar, among others. It claimed that Shell’s oil and gas exploration director at the time, Malcolm Brinded, was “closely involved.”

Brinded, who is also on trial in Milan, was said to have pointed to a previous statement denying wrongdoing.

Further, the government said Claudio Descalzi, who was then head of exploration at Eni, was close to the OPL 245 negotiations. He has since been promoted to CEO and remains in that position.

He is a defendant in the Milan case, and has denied any illegal behaviour related to OPL 245 Shell, Eni and other defendants in the London case have 45 days to respond to the court filing dated April 8. The Milan trial is ongoing and could take years.
Two men that helped negotiate the settlement but didn’t work directly for either company have already been found guilty. 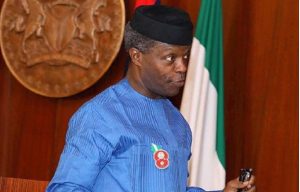 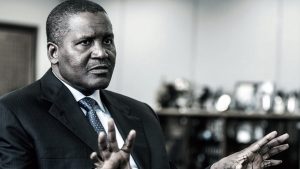