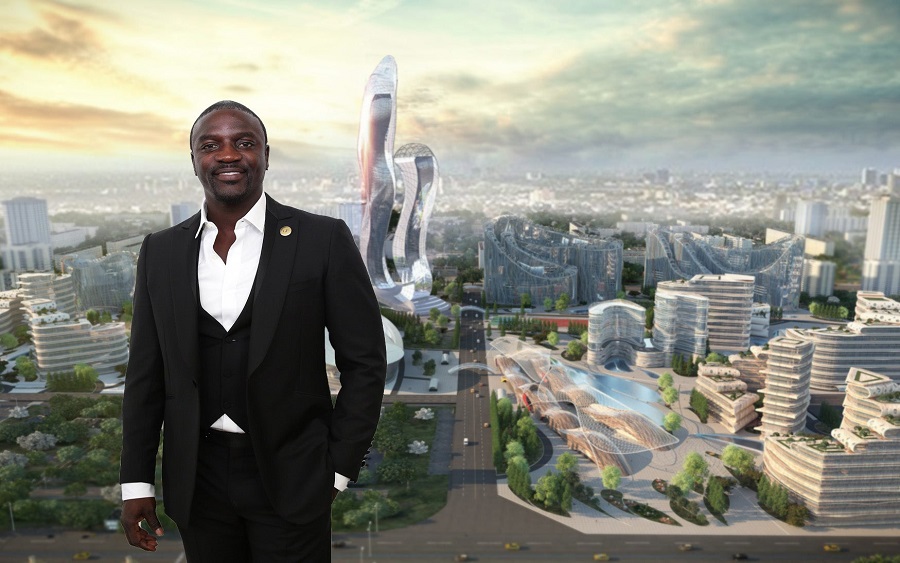 It’s official, Akon has his own city in Senegal.

Known as “Akon City,” the rapper and entrepreneur tweeted Monday that he had finalized the agreement for the new city.

Akon has been talking about launching his own cryptocurrency, Akoin, for a good year and a half now. His plan also involved launching an “Akon Crypto City” on a 2,000-acre plot of land in his native Senegal, gifted to Akon by Senegalese president Macky Sall. Upon announcing this scheme, Akon said, “I think that blockchain and crypto could be the savior for Africa in many ways because it brings the power back to the people and brings the security back into the currency system and also allows the people to utilize it in ways where they can advance themselves and not allow government to do those things that are keeping them down.”

Akon, who is of Senegalese descent, originally announced plans for the futuristic “Crypto city” in 2018 saying that the city would be built on a 2,000-acre land gifted to him by the President of Senegal, Macky Sall. The new city would also trade exclusively in his own digital cash currency called AKoin, he said.

The official website for the city said at the time it would be a five-minute drive from the West African state’s new international airport.

Does this sound too ambitious to be real? Like a real-life Wakanda? Well, that’s exactly what Akon has in mind, and it’s really happening. Akon City is a go.

WHAT NEXT AFTER GRADUATION?