The Central Bank of Nigeria (CBN), in collaboration with the Bankers’ Committee on Thursday commenced  disbursement of N26 billion Agribusiness Small and Medium Enterprises Investment Scheme (AGSMEIS) fund to the first set of beneficiaries.

The CBN Governor, Mr Godwin Emefiele at the inauguration of the scheme in Abuja, said that the fund was set up by the Bankers Committee at its 331st meeting held on Feb. 9, 2017.

He said that the main purpose was to improve access to affordable funding for Micro, Small and Medium Enterprises (MSMEs), particularly those operating in the informal sector of the economy.

Emefiele recalled that as commitment to the successful implementation of the scheme, all Money Deposit Banks (DMBs) voluntarily agreed to contribute five per cent of their Proﬁt After Tax annually.

He said their contribution was to be used to fund eligible projects under the scheme.

Emefiele commended the commitment of the DMBs to support the scheme, adding that by the end of next year, the disbursement rate of the fund would have risen to N60 billion.

He also said the fund would be disbursed to youths, who had been trained on various entrepreneurship, vocational and management skills across the country by Entrepreneurship Development Institutions and Centres.

According to him, the centres are the Fate Foundation, Lagos Business School, House of Tara and Thrive Agric.
He said unlike other intervention scheme where the funds were disbursed in cash, beneficiaries under the agribusiness programme would be given equipment that were commensurate to the required amount based on their trade areas.

“In Nigeria, the challenges of youth unemployment and restiveness must be confronted with strategic innovative thinking to provide sustainable solution.

“No matter how daunting the challenge may seem, I believe that with unity of purpose, we can ﬁght this scourge together.

“There is no gainsaying the fact that one of the most effective ways to tackle this scourge, is through entrepreneurship development and easy access to affordable funding.

“Yet, access to funds has been an Achilles heel on entrepreneurship development in the country today.

“A situation often credited to ﬁnancial intermediaries’ apathy to youth entrepreneurship and startups, which are usually perceived as being too risky, lacking relevant managerial skills and not possessing,’’ he said.

Emefiele said that the AGSMEIS scheme would be implemented under three broad components, direct, indirect and developmental components.

Under the direct component of the AGSMEIS, the CBN governor said beneﬁciaries could access loans to a limit of N10 million at an interest rate of five per cent per annum and a maximum tenor of up to seven years.

In addition, he said that there was also a moratorium period of 18 months on principal and six months on interest element, depending on the nature of the business.

Under the indirect component of the scheme, the CBN governor said beneﬁciaries could access equity and quasi-equity investments of up to ten years with an initial lock up period of three years before divestment.

He explained that the developmental component of the scheme would be used for capacity building and technical assistance to support beneﬁciaries.

Emefiele said also that the apex bank would step up its developmental objectives so as to reduce the level of unemployment and create wealth that would support the growth and development of the economy.

Also, he said that under the CBN Anchor Borrowers Programme, which was launched in Nov. 2015, the bank had disbursed N80 billion to 358,000 small holder farmers in 34 states, cultivating eight commodities.

The highlight of the event was the disbursement of materials worth N133 million to first set of 358 beneficiaries to start businesses in their chosen fields.

Emefiele stressed again that the money was not free and the beneficiaries would be strictly monitored to ensure repayment. 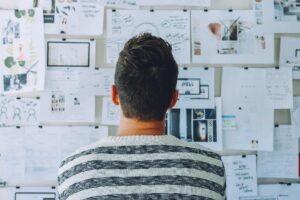