BankyW
Seeing as the film explores the beauty of Northern Nigeria, the premiere, held on Sunday night, was themed ‘Grand Durban’ with dress code, ‘Show me your North’.
The event was well attended by several dignitaries within and outside the entertainment industry including the Mohammed Abubakar, the Governor of Bauchi State where the movie was shot. Mykel Parish, the director of Nollywood Travel Film Festival (NTFF), media mogul, Mo Abudu and celebrity fashion designer, Mai Atafo were also seen wearing northern-themed outfits at the premiere

Tope Oshin, the film’s director, and several female guests had full henna tattoo designed on their fingers and hands as part of their costumes.

The movie stars, Banky W and Ibrahim Suleiman, who played youth corps members, showed up in Babariga-inspired outfits leading the outfit trend on the blue carpet.

NAN reports that ‘Up North’ will follow a young rebellious heir whose National Youth Service Corps (NYSC) year does not go according to plan, as he is sent up North to Bauchi State.

Shot in Lagos and Bauchi, the film explores love, friendship, family politics and the tourism value of Northern Nigeria, all of which collide, creating memories to last a lifetime. 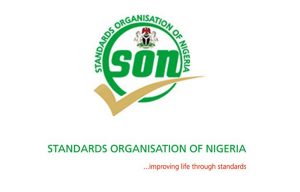 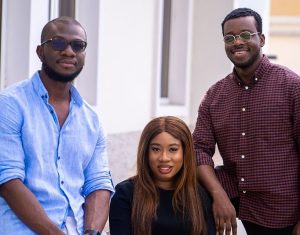