As my Lagos bound commercial flight charged out on takeoff roll on Runway-26 at Enugu airport, my heart jumped out of my mouth as a sudden shock jolted the airplane fuselage when the landing gears hit the macadamised portion of the runway; a shoddy construction job embarrassingly delivered by PW construction company less than six years ago.

This frightening jolt immediately left a bad taste in my mouth as I ruminated on the circuitous route and rigmaroles the people of South East encountered to get the airport see the light of the day both in terms of the resurfacing and extension of the runway and the actualisation of its international airport status.

I stand to be contradicted to say that PW sabotaged the airport and the people of the South East. This is more so, as I recall the synergy and support put together amongst the Federal government and States government of the South East; Federal legislators as well as Federal Airport Authority of Nigeria (FAAN) when that runway extension and resurfacing took effect back in 2010. The tumultuous goodwill and support PW enjoyed, as it was granted every extension it requested in terms of time, and was granted every contract variation it requested to guarantee a good and thorough job that should measure to international standard.

The runway design handed over to PW was based on International Civil Aviation Organisation (ICAO) standard. Therefore, this level of runway structure could rightly have been constructed in any country of the world under the standard of ICAO. But an alarm was set off in my head as I considered that this runway actually and realistically failed under 95 days of active landing impacts.

The standard in Enugu runway design means it could have been at London Heathrow or Dallas Fort Worth International airport, or any other ICAO country international airport for that matter.
For instance, each of the seven runways at Dallas Fort Wort (DFW) handles impact average of 336 landing per day, which translates to 10,080 landing impact per month or 120,960 for one year.

If one considers the economic hardship, stress and risk the South East suffered and encountered during the almost one year Enugu airport closed for the resurfacing and extension of the runway in 2010; one cannot but pity our society and South Easterners in particular.

Nigerian Airports Record 41,745 Flight Delays
Elsewhere, PW and its “airport runway engineers” would have had their engineering licenses and certificates revoked and be possibly sent to prison with the contract amount returned to Federal Airport Authority of Nigeria.

When one considers the embarrassment, the distraction of business that will happen to the Airlines and ancillary services, both local and international, when the runway will be closed again for repair – God knows how many years that will take with the present economic problem in Nigeria – the pains of this kind of sabotage hits hard in the face.

PW has been around in this country for so long. It has also delivered numerous jobs around the nation, so I know there is more to this shoddy job than meet the eye. But time will tell.
In view of this, I hereby recommend inta alia: (a) That PW should be stripped of every contract that has to do with airports and runways in Nigeria. (b) That PW be made to fix the runway without charging additional dime to FAAN or FGN. And PW be made to show proof of all funds needed for the job so as to avoid senseless delay on the remedy job. (c) That PW be made to issue a 25 year guarantee on the runway on completion of the repair. It will also maintain the runway for the next 25 years without charging a dime to FAAN or FGN. (d) To compel it to pay full attention on the runway, PW must halt all its ongoing construction job throughout Nigeria until the runway is repaired and recommissioned.

The current horrible situation of Enugu airport runway readily brings to mind one of the embarrassing challenges of our national infrastructure development. Most times we are challenged to question whether our roads are basically poorly constructed as a result of poor technical competence on the part of the contractors, or that like the Chinese variegated product standards, the quality and standard of products you demand and pay for is what will be produced are handed to you. In other words, that the quality of job they deliver is proportional to the amount of money they are paid.

In our probing perplexities, we at times also wonder if the national embarrassment of our road infrastructure could be a case of our natural indifference to maintenance culture. Put it differently, could the reason for the mind boggling failure of our road infrastructure that most times happens even before the commissioning, be blamed on the fact that our road maintenance agencies do not follow up immediately until a greater portion of the roads are dilapidated? These reasoning “excuses” have been dismissed with the wave of the hand by those who opine that when you travel on highways around the world, you don’t see road maintenance agencies patching up the roads, as you travel. And in those countries, roads hardly fail before they are commissioned for public use – a deplorable situation very common in our dear country.
On cost comparison, Nigeria pays more than 200% the value of runway construction cost when compared with other ICAO countries of the world.

Presently, in Enugu, airport personnel use putty to fill up the macadamised portions of the runway before each landing of any heavy aircraft at the airport. This is totally unacceptable, government should rise up to the challenge and arrest the culprits and compel them to remedy this blatant fraud committed against the Nigerian nation; the people of the South East and Federal Airport Authority of Nigeria.

Our attempt at holding people accountable to their actions and to bring sanity and sanctity, dignity and respect to our common wealth in our nation will be a long shoot if full and commensurate penalties are not meted out to the culprits to serve as a deterrent to other contractors and their likes in our new and evolving Nigeria.
• Nnaji, the Managing Director/CEO of OAS Helicopters, writes from Lagos 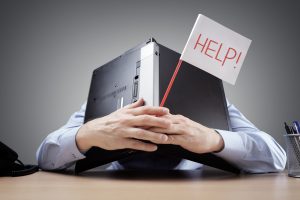 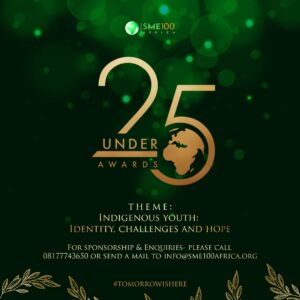 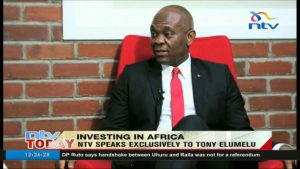