Access Bank Plc shareholders on Thursday commended the board and management for the consummation of its merger with Diamond Bank and payment of dividend to both shareholders.

The shareholders stated this in Lagos at the bank’s 30th Annual General Meeting (AGM) for the financial year ended Dec. 31, 2018.

Speaking at the meeting, Sunny Nwosu, Founder, Independent Shareholders Association of Nigeria, appreciates the bank for ensuring that shareholders of former Diamond Bank benefited from the 2018 dividend.
”We are happy that every member of Access and Diamond are sharing from the 25k final dividend,” Nwosu says.

Nwosu says the shareholders would continue to support the bank and calls for enhanced value creation in the years ahead.
Another shareholder, Nona Awoh, commends the bank’s effort in debt recovery and urges them to maintain the tempo.
Awoh, however, decries the contributions paid by the bank to the Central Bank of Nigeria (CBN), National Deposit Insurance Commission (NDIC) and the Asset Management Company of Nigeria (AMCON) during the review period.

”Our investment is our right and nobody can take it from us,” Awoh
He says the bank should work closely with its investor relations department to tackle unclaimed dividends by encouraging investors to embrace e-dividend payment.
NAN reports that the shareholders, among other resolutions, ratified the final dividend of 25 thousand declared, bringing the total dividend to 50 thousand having paid an interim dividend during the half-year of 2018.
Herbert Wigwe, the bank’s Group Managing Director, appreciates the shareholders for their support in the consummation of Diamond Bank merger.

Wigwe stated that the merger brings together Access Bank’s strong wholesale banking capabilities and Diamond Bank’s unparalleled retail expertise.
He notes that the bank would create an institution with over 27 million customers, 3,100 ATMs and 33,000 POS as well as over 10 million mobile customers.

Wigwe who assures shareholders of enhanced value creation in the years to come says 50k dividend was due to the bank’s decision to suspend raising of Tier 1 capital.

According to him, the bank’s decision to depend on organic capital contributed to the 50k dividend during the period under review.

He says the bank would remain committed to the optimization of shareholders value, noting that better rewards were ahead in terms of dividend to shareholders and stakeholders
Wigwe also stated that the bank, with over 600 branches represented in 10 countries and three countries, would soon expand footprints to Asia.

NAN reports that the bank declared profit after tax of N95 billion for the financial year ended Dec. 31, 2018.

The profit after tax grew by 58 per cent compared with N60.07 billion recorded in the corresponding period of 2017.

Its gross earnings rose by 15 per cent to N528.7 billion in contrast with N459. 1 billion posted in the comparative period of 2017 with interest and non-interest income contributing 72 per cent and 26 per cent respectively. 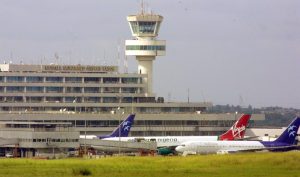 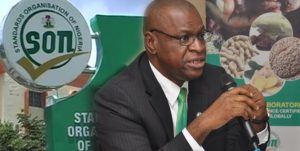