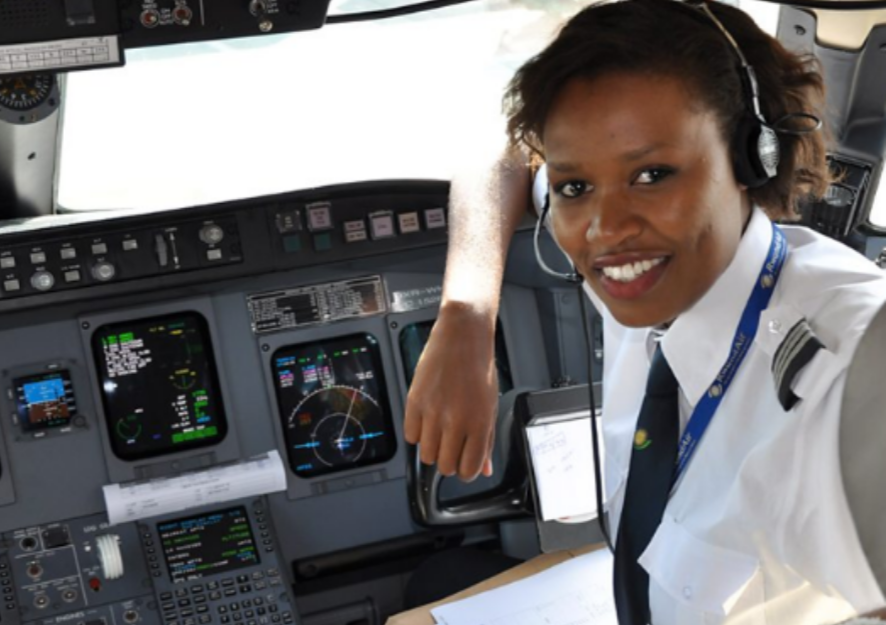 Aviation has been a man’s game for decades — despite women’s significant contributions from the beginning — but now aviation leaders say they want to ensure more leading roles for women.

The “boys club” of aviation is a result of many decades of neglect, ignoring or diminishing women’s contributions, creating artificial hurdles and sending mixed-messages to young girls, especially in advertising.

The fact is that women have played a pivotal role in the growth of aviation from the beginning, and particularly during times of war. They have piloted, helped build and maintained aircraft, even helped build the systems that keep aircraft flying safely.

In time past, aircraft piloting was more of STEM (science, technology, engineering and mathematics) subjects concepts, but technology has twisted and turned that around. With nimble fingers and a well organised mind, electronics computers have put flying in the hands of anybody with basic education as well as articulate mind and the passion to fly.

Many people know of Amelia Earhart, whose mysterious disappearance while crossing the Pacific Ocean continues to garner speculation, but other women who accomplished great things in aviation are, sadly, less well known.

Over the past ten years, the number of women successfully gaining their ways into the cockpit around the world, and in Nigeria too, is overwhelmingly encouraging. This can be attributed to the fact that the factors that had hindered ladies into the cockpit have been completely eliminated with modern day science and greater awareness in the society.

With hydraulic system enhancement and computerisation of flight controls, flying no longer requires so much of physical human power; you now need more articulate and multitasking minds to excel in the modern day cockpit.

In the hierarchy of attributes required to fly an aircraft in our modern world, male special attributes like higher physical strength now occupies nowhere; conversely, multitasking ability which is regarded to be found more in women is in the upper echelon of the hierarchy.

Ladies are also considered to have less societal pressure and are naturally endowed to be much calmer; these also occupy a higher space in the hierarchy of attributes. Human intelligence which sits atop all the attributes is shared equally by both gender. Therefore, male pilots can no longer, realistically, be said to have better chances to cockpit in the modern time aviation world.

In our own Nigeria society, given the nature of boldness with which our women have embraced the challenges to measure up to the current world order, be it business, politics, art and fashion etc, the only identified inhibiting factor that might militate against having near equal number of gender in our cockpits over the next twenty years, would be the cost of training and self limitations. But that has also, always, been a factor to both gender. At the moment, it costs as high as $100,000 to $200,000 to train an initial pilot up to commercial flight. And very few families can afford that cost in our society, especially with the current economic downturn. But this is again where women have advantage if one considers that aviation investors are more likely to invest in initial training of female pilots than male; reason being that research has shown that ladies when drawn on an agreement to serve the sponsoring organisation for a given period to offset training costs, are more likely to do so than their male counterpart without resorting to rancors which have over the years discouraged investors from sponsoring initial trainings for pilots.

There is push back from all corners in the past to helping women develop and grow in Aviation, both out of a concern for equality and for economic reasons. Airlines now realize that they are going to run critically short of the “manpower” they need to grow, and are making a priority of recruiting and training more women to take charge.

Considering these factors, business aviation like every other highly technical commercial adventure where consistency and reliability is key; as well as a commercial enterprise where income and return to investment is also a critical success factor, women in our modern world stand the brighter chance of taking their full share of the aviation cockpit.

Motivating factors for pilots are second to none if one considers that an average captain earns as high as $10,000 per month in the industry today. Of course you cannot earn that high in your first year as pilot but it is something that can happen within a few years as a pilot, all things being equal. It is also a highly dignified profession capable of rubbing away completely any iota of inequality or lack of self esteem, especially for women in our third world environment.

In conclusion, where financial resource is not a factor and excellence is desired; and boldness resides in the mind, distaff is most desired in the cockpit for the safety, reliability and consistency in our current aviation world where glass ceiling has already been shattered and history is being made on daily bases.

Commercial aviation investors crave for more stability in their ever challenging operations, ladies are generally more cool headed, a not-easy-to-find amongst male pilots, especially nowadays; so, ladies are more likely to get pilot job position if the opportunity is placed between two equally qualified male and female.

So opportunities for female pilots in Nigeria is matchless and highly probable.

FG In Talks With Investors For Majority stakes In 4 refineries.