The delay in signing of the 2016 Appropriation Bill into law is taking its toll on government activities as ministries, departments and agencies are unable to implement their programmes. In the aviation sector for instance, there is uncertainty about what new programmes to embark on due to the non-passage of the budget.

Industry pundits argued that although there has not been any programme or project that was started anew, so much have been left open and unfinished by the previous administrations, which when completed would give the industry a significant mileage.

They noted that besides physical structures, government could reposition the industry with new policies aimed at achieving certain objectives to grow the sector and also develop it into economic warehouse that would generate revenues to both government and entrepreneurs.

Industry observers said they appreciate the commitment made by the Minister of Transportation, Chibuike Rotimi Amaechi during his maiden media conference in Lagos, when he promised that the current administration would take and continue with on-going projects after their evaluation.

Amaechi also said that in aviation the administration would go beyond erecting physical structure to providing the fundamental facilities that would reinforce and strengthen safety and security at the airports.

The major achievement recorded in the aviation industry this year is the successful audit carried out by the International Civil Aviation Organisation (ICAO).

In 2006, the ICAO carried out a similar audit under its safety oversight programme and Nigeria passed the assessment.

Since then the country has followed ICAO regulations in the implementation of policies and programmes that guide the aviation industry.

The gaps were inadequate safety regulations that did not meet given ICAO standards, which might have included airfield lighting, poor communication in the airspace, inadequate runway marking and others. All these gaps were closed before the assessment.

Shortly after the audit, the President of ICAO Council, Dr. Bennard Olumuyiwa Aliu had visited Nigeria. Although a Nigeria, Aliu visited in his official capacity.

In late 2013, Aliu was elected President of the Council of the International Civil Aviation Organisation (ICAO) and since January 2014 he has been serving the international organisation. He is the first African to be in that position and feelers indicate the he has distinguished himself in his job.

The ICAO President, prior to his election on the November 18, 2013, served for eight years as the ICAO Council’s Nigerian Representative. He was the pioneer Director of Air Transport Regulation (DATR) at the Nigerian Civil Aviation Authority (NCAA) from 2000 – 2004.

During his recent visit to Nigeria, he urged government to encourage capacity building in the industry and promised to make the Nigerian College of Aviation Technology, Zaria aviation training centre for the continent.

The major challenge the aviation industry is facing today, according to industry experts is the undulating policies of the federal government, which seems to favour international operators and deny local airlines the opportunity to grow.
Although the current administration had promised that in line with the spirit of local content and patronage of made in Nigeria goods and services, the policy of this government would centre on the development of indigenous carriers, creation of job opportunities and developing the sector to contribute significantly to the Gross Domestic Product (GDP).

Industry expert and former pilot with the former Nigerian Airways Limited, Captain Dele Ore at the weekend condemned government’s inconsistent policies that tended to retard instead of growing the industry.

Ore said the continuous signing of Bilateral Air Service Agreements (BASA), by the federal government and several other unfavourable policies would continue to hamper growth of the airline sub-sector in the country.

Also, the lack of sufficiently trained and type-rated technical personnel in the nation’s aviation industry would incessantly give rooms for expatriates to take over the jobs of local people, he said.

Ore noted that bad policy formulations and implementations of the government in the past led to the early collapse of operating airlines in the country, stressing that despite this, such bad policies still continued unabated by the government.

He excoriated the government over multiple entries it approves for foreign airlines without any reciprocity from the Nigerian operators, insisting that there was nothing wrong with signing of BASAs, but said the nation must benefit in such arrangements.

“Nothing has happened to improve the policies for the airlines. Our policies will soon drown airlines that are operational. We still have multiple entry points for foreign carriers. With that policy, we are killing our domestic carriers. We are indirectly opening up our airspace courtesy of such agreements.

“It’s only the ground handling companies that are doing well in the sector while others are crawling. We don’t have enough places to train personnel for the sector and nothing has been done in the past six months of Sen. Hadi Sirika as a Minister of State for Aviation to curtail capital flights in the sector,” Ore said.

He also warned that with the high level of expatriates taking over positions of local technical personnel, the next 10 years might be worse for the Nigerian aviation industry.

He explained that several pilots trained from different aviation colleges in the country and beyond are roaming the streets without jobs, positing that local airlines are getting dispensation from the Ministry of Foreign Affairs for expatriate quota, which would negatively affect Nigerian professionals in the future.

Many industry operators have severely criticised the BASA agreements Nigerian signed, including the recent one signed with Qatar.

Commenting on the state of the aviation industry recently, the Executive Chairman of Airline Operators of Nigeria (AON), Captain Nogie Meggison said: “We need to look at the reality. There is a meltdown on foreign exchange and there is a meltdown in the economy. Whichever way we need to look at it, we need to tackle the problems in aviation, without being political about it. We need to tackle our future as a country seriously. And this is the time we need all hands on deck, be you on the mining sector, be you in the oil sector, transportation or aviation or agriculture all hands need to be on deck in Nigeria at this time. And from my own point of view, from my own small position as the Chairman of AON, we in the aviation sector are trying to come on stream and to put our own contribution in getting Nigeria ahead.”

Meggison also spoke about what Nigeria is losing on the lope-sided BASA it has been signing and how such agreements erode the opportunities for indigenous carriers.

“The BASA as we always say, at this time of our national economic situation it is obvious that we as Nigerians need to sit down and start to look inwards. You cannot continue to feed other people’s children at the expense of your own children in-house. Your children are suffering from kwashiorkor; you are giving food to somebody else that is being subsidized by another government food.  So it is only clear at this time that Nigerian government needs to review all BASAs.  BASA is a bilateral trade agreement. Our government must review them.

“Signing BASA with the trend, I am the big brother; I want to help you is no more the vogue. We need to help ourselves right now. As they say, if the canoe is leaking, you concentrate on the canoe to block the leakages; otherwise if you put people in the canoe without blocking the leakage everybody will sink.
“So the BASAs must be reviewed to put it in a place where it is mutually benefiting. I don’t want to go down the road where we begin to raise issues up again, where we said people have come to this country to come and discuss BASA agreements and they come with aviation technocrats with 20, 30 years experience on the other side of the table and on the Nigerian side does not have even one aviator sitting down at the other side. Many instances can be mentioned. There are instances where people have tried to sign the sixth freedom right; there is nobody that has the sixth freedom. There is not even fifth freedom between the two closest allies in the world, the British government and the American government do not even have the fifth freedom rights,” Meggison said.

It is expected that the present administration would solve the perennial fuel supply problem at the Murtala Muhammed International Airport, Lagos

One of the major challenges the airlines are facing in fuel distribution is the delay in trucking the product from Apapa, which could last for hours and when it arrives the airport the airlines would wait for another two hours for the product to settle so that contaminant would not be fuelled into the aircraft tanks.

The Managing Director of Arik Air, Chris Ndulue spoke about fuel supply recently and said:  “I think obviously government is moving towards deregulation of the oil sector and I think that is the best thing to do. When it is deregulated, when it is a free market, people will go into that market and do their business. And I think that will eliminate intermittent scarcity that we have experienced in Nigeria over a long period of time. Sometimes scarcity is caused by non-payment of subsidy and all that, so we need to get it to a level where it is free of all these issues. And then people know what it means to import and then the market price will come to stay somewhere.

Although aviation fuel is deregulated but the marketers who also import petrol and other products organise the importation of these different products together and this affects the sourcing and distribution of aviation fuel.

We should be getting supplies from our refineries, which I think is an option that we need to pursue more vigorously because importation is not the best option for us. While we are dealing with foreign exchange issues we can’t be importing refined products while we have the crude and we have refineries, so I think our refineries should begin to work.

Aviation industry stakeholders have however expressed optimism that when the budget is eventually signed into law, more remarkable developmental events would begin to take place in the aviation sector. 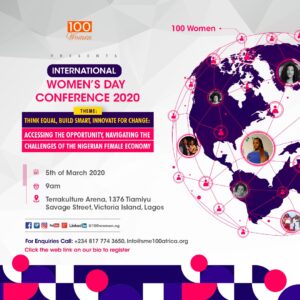 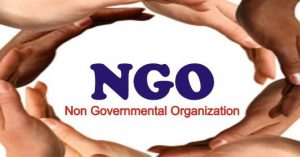