Tara Fela-Durotoye (born 6 March 1977)[1] is a Nigerian makeup artist and lawyer. A pioneer in the bridal makeup profession in Nigeria, she launched the first bridal directory in 1999, set up international standard makeup studios and established the first makeup school in Nigeria.

In 2007, she was awarded the Africa SMME Award and the Entrepreneur award in South Africa[3] and in 2013, Forbes listed her as one 20 Young Power Women In Africa

With the creation of Bolanle Austen-Peters Productions (BAP), in 2013, the theater production of SARO the Musical, received a number of accolades and reviews from the BBC and Sky news,[3][4] and has since produced five additional commissioned plays. In December 2014 and April 2015 BAP Productions produced SARO the Musical 2[5] at the Muson Centre involving music, drama and dance. Austen-Peters further produced a Broadway-style musical production titled Wakaa The Musical[6] from 30 December 2015 to 3 January 2016 at the Muson Centre, Onikan, Lagos.

BAP Productions’ Wakaa the Musical was the first Nigerian musical to be staged in London’s West End,[7][8] playing at Shaw Theatre from 21 to 25 July 2016.

Austen-Peters worked as a Consultant to the Ford Foundation Lagos and helped raise millions of dollars for the Museum through Arts and Business Council.[9][10]

In 2015, she commenced production of the film 93 Days[11] (2016),[12] a feature film on the Ebola outbreak in Nigeria which premiered on 13 September 2016 in Lagos. It was selected for premiering and viewing at The Toronto International Film Festival,[13] The Chicago Film Festival,[14] The Pan African Film Festival in Los Angeles,[15] The Johannesburg Film Festival,[16] The Africa Film Festival in Cologne/Germany,[17] and nominated for a RapidLion Award.[18] It also received the highest nominations in the 2017 Africa Magic Viewers Choice Awards, a total of thirteen nominations, receiving an award for best lighting designer.[19][20][21] 93 days was nominated in 7 categories for the 2017 African Movie Academy Awards, which was the highest nominated film in 2017 AMAA.[22]

In 2016 she conceived a plan to build the first purpose built private theater in Nigeria, Terra Kulture Arena,[23][24] which opened on 25 and 26 March 2017.[25] Since then, she has been working on two projects, bringing Saro The Musical London Edition to the Shaw Theater from 24 to 29 August 2017 and Fela and the Kalakuta Queens, which will premiere in December 2017. 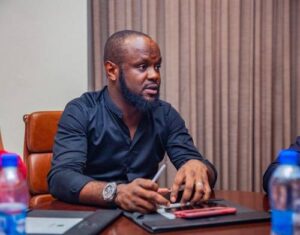 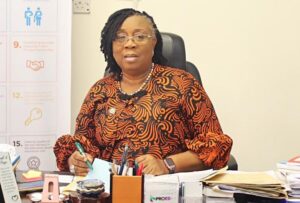 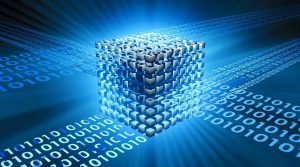