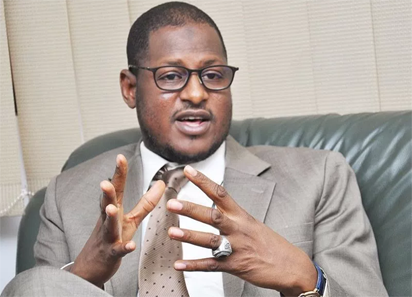 Mr. Radda stated this on Tuesday while delivering a keynote speech at the Stakeholders’ Inception Workshop for national MSMEs survey organized by the National Bureau of Statistics, NBS in Abuja.

The SMEDAN DG who was quoting a recently concluded survey on the MSMEs, put the number of MSMEs in Nigeria at 37 million, employing 58 million persons.

To improve the survey outcome of the exercise, he said the findings had been incorporated into a reviewed survey design and instruments for the conducts of the current exercise, throwing up issues which peer-reviewers, and other sub-sectorial stakeholders alike now have the instrument for the survey exercise.

The SMEDAN boss, who emphasized the importance of accurate data in MSMSEs planning, explained that the primary objective of the proposed survey is to establish a credible and reliable database for MSMEs sector in Nigeria and to measure their contribution to the job and wealth creation over the span of three years.

To optimize the potentials of the sub-sector, he said Nigeria requires the provision of adequate and reliable information/data-bases on which to anchor planned interventions.

‘‘This was one of the challenges that faced SMEDAN at the inception, apart from the statistics about the sub-sector, their numbers; persons they employ, productive sectors they operate in.

‘‘It was this state of affairs that eventually in 2010 led to the commencement of the strategic partnership with NBS to provide the survey to be reviewed after every three years with concerns for enterprise mortality and morbidity peculiar to the sub-sector.’’

In his address, the Statistician General of Federation, Dr. Yemi Kela said MSMEs are very critical economic catalysts in the development and industrialization of Nigeria.

‘‘MSMEs contribution to the transmission of agricultural led economy to industrial ones cannot be overemphasized. It helps in the absorption of productive resources at all levels of the economy and contributes to the building of flexible economic system in which small and large firms are interlinked,’’ he stated.