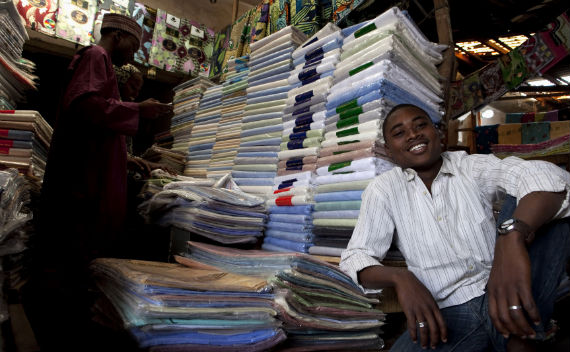 THE number of Micro, Small and Medium Enterprises (MSMEs) operating in Nigeria doubled over two years between 2011 and 2013, from 17.9 million to 39 million.
Managing Director, Fidelity Bank Plc, Mr. Nnamdi Okonkwo, stated this at a Business, Entrepreneurship, Empowerment and Professionalism (BEEP) Conference 1.0 organised by Flame Academy and Consulting Limited, in Lagos, with the theme: “Developing Professionals, Improving Businesses”. He said: “With Nigeria’s over 180 million populations, 60 percent are within age 15 and 55 and that suggests a youth based population. “In 2013, the total number of Micro Small and Medium Enterprises, MSMEs, doing business in Nigeria were 39 million, in 2011 that statistics was 17.9 million, it doubled in two years and employs about 50 million people. “Meaning that, every small business employs one person. Out of this, we need to change the fact that 95 percent of this population are at the micro category: People with asset base less than N5million. This means that collaboration is very important even at the micro level. To take business to another level, you need to build collaboration apart from business skills.” Okonkwo asserted that his bank identifies with the youth because they are critical to the economy as the engine of growth. Earlier in his remark, Chief Executive, Flame Academy, Mr. Orji Udemezue, described Nigeria’s business environment as a difficult terrain for entrepreneurs to operate. He stated: “Nigeria’s environment is a difficult terrain for entrepreneurs and there are several issues. Apart from infrastructure, the level of human capital is very low. Money is not the problem of most Nigeria entrepreneurs; some even get this money and misuse it. The most important thing is understanding the business they are going into, their skills and competences. Once you get it right, the money will follow. “No economy in the world can develop or grow to bring about prosperity without human capital being at its best quality. In every economy you need capital, technology and most importantly human resources, so as to be able to bring that economy from a low to a high level to create prosperity and bring about growth.” “Human capital is critical but unfortunately, in Nigeria and Africa, we don’t pay enough attention to quality of human capital. Our educational system is poorly funded by the government and the private sector is not giving due attention to that area, we have university graduates who come out not job ready or employable, we have working environment where employers don’t even train. We have a bunch of people in the system that moves around without much knowledge and this is a key concern for us.”

Lagos surpasses the Internal General Revenues (IGRs) of 29 other States