Operators in the Micro, Small and Medium Enterprises (MSMEs) sub-sector of the economy have faulted the planned five percent reduction in tax payable by small businesses in the country, claiming the reduction will have little or no impact on the sector.

Recall that the Minister of Finance, Mrs. Kemi Adeosun, recently announced a proposal to amend the Company Income Tax aimed at reducing the rate of tax on MSMEs from 20 to 15 per cent.

Reacting to the development in a chat with Vanguard, Prince Degun Agboade, President of National Association of Small and Medium Enterprises (NASME), noted that although the proposal is the outcome of NASME’s engagement with the National Tax Policy Review Committee constituted by the Minister, the 5% reduction  fell below expectation.

Agboade stated: “The action is just scratching the matter on the surface. There is nothing to be excited about on the proposed reduction because it falls far below our expectation. Five percent is not what we are asking for. What we want is a special tax and regulatory framework for MSMEs in which MSMEs will not be assessed under personal income tax.

“The impact of the proposed reduction by the government will be minimal if not zero since the bulk of the MSMEs in Nigeria currently operate in the informal sector and most of them are outside the tax net. What government should be doing is to encourage all MSMEs register their businesses and are tax compliant, and bring all those that fall within the same category under the same tax regime. We are proposing a framework that will bring all businesses under the MSME sub-sector under a common tax umbrella. This should include harmonisation of all taxes, fees and levies .”

“Nigeria is one of the high-taxing countries in Africa. Hence, any reduction is a welcome development. In my opinion, a 50% reduction would have encouraged a higher level of compliance among companies in the country,” he stated. 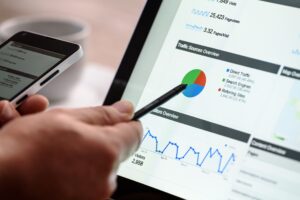