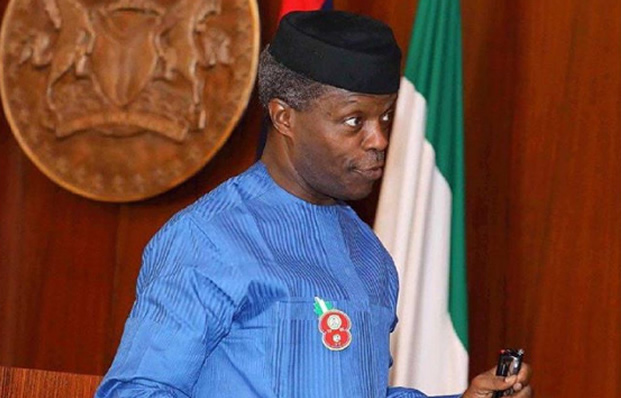 The Vice President, Prof. Yemi Osinbajo, will visit Ibadan, the Oyo State capital, for the state’s edition of the Micro, Small and Medium Enterprises Clinic and a townhall meeting with the youths.

A statement on Sunday said the MSMEs Clinic, organised by the Office of the Vice President in collaboration with the Oyo State Government, will start on Monday, June 25, at the International Conference Centre, University of Ibadan.

It said there would also be an exhibition where locally-made products would be displayed for inspection by the Governor of Oyo State, Senator Abiola Ajimobi, and an interactive session between agencies of the Federal Government and MSMEs.

The Oyo State Commissioner for Trade, Industry, Investment and Cooperatives, Taibat Adeyemi-Agaba, was quoted as saying at the weekend that Osinbajo would inspect the MSMEs’ booths and inform stakeholders about the efforts of the federal and state governments towards strengthening small businesses in the state and the country at large.

She said the vice president would also address youths in the state during a townhall meeting at the Prof. Theophilus Ogunlesi Hall.

According to her, federal and state government officials, members of the Nigerian Association of Chambers of Commerce, Industry, Mines and Agriculture, Manufacturers Association of Nigeria, beneficiaries of the Federal Government’s social investment programmes and other stakeholders are expected to be part of the MSMEs Clinic, while youths across the state will be guests of the Vice President at the townhall meeting.

Adeyemi-Agaba stated that the clinic was designed to assist the 36,994,587 micro enterprises recognised by the National Bureau of Statistics and the Small Medium Enterprise Development Agency of Nigeria on the ease of doing business.

She described the project as a collaborative effort towards resolving the problems militating against the growth and sustainability of MSMEs in the country.

“This programme is one of the socio-economic interventions of the Federal Government domiciled in the Office of the Vice President to assist businesses to thrive in Nigeria,” Adeyemi-Agaba said.

She said the Oyo State Government had been strengthening MSMEs in the state through strategic partnership with the Bank of Industry by instituting the N1bn MSME Development Funding Scheme for lending to manufacturing-related MSMEs in the state at five per cent annual interest rate.