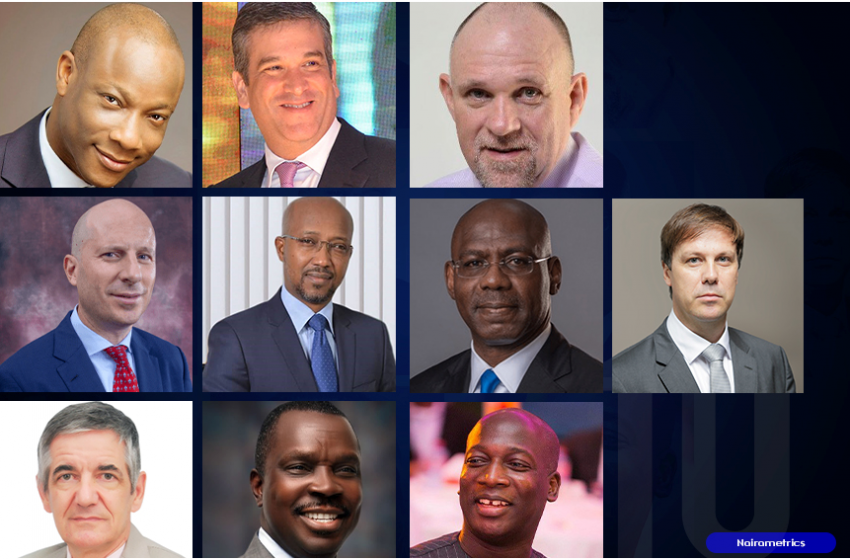 The figures only refer to their annual remunerations as the highest-paid directors.

The responsibility of piloting a firm’s affairs and ensuring profitability often rests squarely on the shoulders of the Chief Executive Officer (CEO). Agreed, running a company is never a task that can be accomplished by just one person. But that notwithstanding, CEOs are the ones at the helm of affairs. As such, they take most of the blame for the lows, just as much as they take the credit for the highs.

It goes without saying that CEOs are also the highest-paid staff of every company. In Nigeria, the CEOs of the major companies are remunerated handsomely for their efforts. However, just as much as these companies have ranks in terms of asset size and profitability, so also do their CEOs’ earnings have ranks.

This article, therefore, looks at the highest-paid CEOs of companies listed on the Nigerian Stock Exchange. The focus here is on how much they earned in 2019.

Do note that the figures given here do not include what the CEOs might earn in dividends as shareholders of their respective companies. The figures only refer to their annual remunerations (executive compensation) as the highest-paid directors.

Ferdinand Moolman is Chief Executive Officer (CEO) of one of Nigeria’s biggest, non-oil foreign direct investment – MTN Nigeria Communications Plc. He was promoted to the position of CEO on December 1, 2015, as part of a major reshuffling of the telco’s operating structure which was aimed at strengthening operational oversight, leadership, governance, and regulatory compliance.

It makes a lot of sense that the CEO of the biggest company listed on the Nigerian bourse should be the highest-paid CEO in Nigeria.

Augustine Avuru, the co-founder and CEO of Seplat Petroleum Development Company Plc, is the highest-paid director in his company, and second highest in Nigeria for the year 2019.

Prior to becoming the Chief Executive Officer of Seplat in May 2010, he was Managing Director at Platform Petroleum Limited, a company he founded. He had spent over a decade at Nigerian National Petroleum Commission (NNPC), holding different positions including that of wellsite geologist, production seismologist, and reservoir engineer.

He had also worked as an exploration manager and technical manager with Allied Energy Resources in Nigeria, a pioneer deepwater operator, where he spent ten years before starting Platform Petroleum Limited in 2002. He is also a director of MPI, which is listed on NYSE Euronext Paris.

Avuru received N440 million as his remuneration in 2019, a shortfall of N44 million when compared to his 2018 earnings.

Recall that Seplat had announced Roger Brown as the incoming CEO that will take over when Avuru retires on July 31, 2020.

Segun Agbaje joined Guaranty Trust Bank as a pioneer staff in 1991 and rose through the ranks to become the Managing Director and Chief Executive Officer in 2011 after Tayo Aderinokun, the previous CEO, passed on.

As CEO, Agbaje took N400 million home in remunerations for the year 2019. This shows an increase of N16 million from his N384 million remuneration in 2018, and given the impressive results that the bank showed for the year, we can say that it was duly justified.

He was recently elected an independent member of the Board of PepsiCo, the American owners of popular beverage drinks Pepsi and Moutain Dew. As Nairametrics reported, Agbaje will officially assume his duties as a board member and audit committee member at PepsiCo by mid-July.

Yaw Nsarkoh has had a long career within the Unilever Group, occupying top positions like the African Regional Brand Manager, Production Manager for Unilever Ghana, among others.

He headed several regional headquarters of the global manufacturing company, especially in Africa. He also served as a Strategic Assistant to Unilever’s President for Asia, Africa, Central, and Eastern Europe.

He resigned from his position as Managing Director in December 2019, to take up new roles within the Unilever group across Europe. He was succeeded by Carl Raymond Cruz in January 2020. Prior to his departure, he earned N303 million in 2019, 8% less than the N330 million he earned in 2018.

Before his appointment as Lafarge Africa Plc’s CEO, he worked in various capacities within the cement industry for two decades. He was the President & Chief Executive Officer of Lafarge Halla Cement; Director of Strategy and Systems at Lafarge Gypsum; Chief Executive Officer of Bamburi Cement and Hima Cement; and Chairman of Mbeya Cement in Tanzania.

He resigned from Lafarge in January 2020 to join competitor brand, Dangote Cement Plc and was succeeded by Mr. Khaled Abdelaziz El Dokani, the former country CEO of Lafarge Holcim Iraq.

Seventh on the list is Mauricio Alarcon, the Chief Executive Officer of Nestle Nigeria Plc. Alarcon was appointed CEO in 2016, after a progressive 17 years career with the Nestle brand. He started as Area Sales Manager with Nestle Mexico and later became a Senior Brand Manager.

Presently, Lars Richter occupies the position of Managing Director & Director at Julius Berger Nigeria Plc, a position he was appointed to in 2018.

Before this appointment, he had garnered over 16 years’ experience in the construction industry, with 10 years spent in Nigeria, in different positions including Division manager, Project manager, and Project engineer.

Richter places 8th on this list, with an income of N217 million in 2019. This is quite a significant reduction from the N319 million he received in 2018 although there is no obvious justification for this.

Emuwa earned an annual net income of N172 million in 2019, the same as he did in 2018. He was appointed CEO of Union Bank of Nigeria in November 2012, after a progressive 25-year banking career at CitiBank across several African countries.

He started out as a Management Assistant at Citibank Nigeria Limited and was later promoted to the position of Country Head, Cameroon. At this time, he was also overseeing all the bank’s activities in the Central African region, including Congo and Gabon.

He occupied strategic positions in the company across several countries like Tanzania, Ghana, Niger, and Nigeria, serving as the CEO between 2005 and 2012, before he took up the appointment with Union Bank Plc.

Total Nigeria Plc has Imrane Barry as its Managing Director. Imrane is not new to the Total group as he had previously served as Managing Director of Total Uganda in 2013, Total Cameroon SA in 2015 and Total Nigeria Plc in 2018. He also worked with other Total affiliates in Kenya and Ivory Coast, at SEP-Congo as the Technical and Transport Director, and in Paris as the Strategy and Development Senior Officer.

He was appointed Deputy Executive Vice-President of Total Africa & Middle East in 2012,

Before joining Total, Imrane worked in several capacities in Engineering and Construction Companies in Guinea Conakry, Cote d’Ivoire and Gabon.

Note that these figures were sourced from the companies’ FY 2019 audited financial statement. As such, the figures represent these CEOs’ income for the year 2019. As was explained in the article, a couple of the CEOs no longer occupy their positions, but since there has not been a full year financial statement explaining what their successors might be earning, these figures are the most recent. 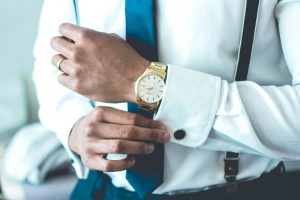