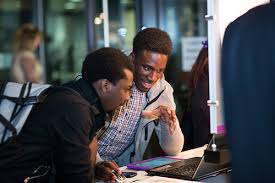 The year 2019 was a good year for #Nigerian ventures as the country raked in $663.24 million, the highest amount of #venturecapital money secured by an #African country in the year, according to a 2019 Africa Venture capital report released on Saturday.

#SouthAfrica took the third position in the top three countries as per funding amount.

HOW TO GET CLIENTS FOR YOUR BUSINESS THROUGH INSTAGRAM